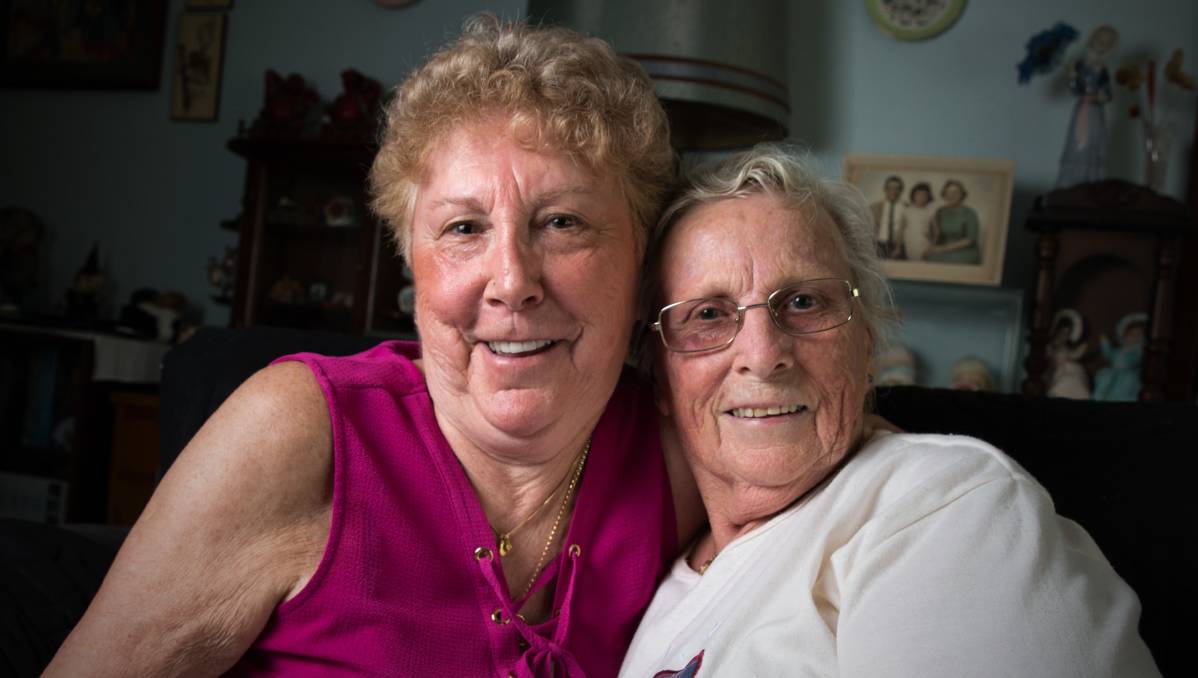 Marie was five and Anne was two, and they were sitting on a wooden bench in England.

The sisters were close, and loved to cuddle. But on that day in 1946, neither of them knew it would be the last time they would get to cuddle one another for 72 long years.

Because on that day – across the other side of the world – the girls’ mother was handing Marie over to the care of a Dr Barnado’s children’s home. She remained there for six years, then was sent on a boat to Australia.

As a toddler, Marie went by her first name, June, but now she calls herself Marie. At 77 years of age, Marie has married and had a daughter, and she and her husband Eric have lived in South Windsor, NSW, for the past 25 years.

She has spent more than half a century searching for her little sister Anne. Last month, at Sydney Airport, they were reunited at last.

“I was nearly 11 when I was sent to Australia,” Marie said.

“Then I was placed in Dr Barnardos Girls’ Home in Burwood and I stayed there for four years – four years too long – it was hell, I can tell you.”

Marie was one of about 15,000 children who were sent to far-flung destinations (including Australia, New Zealand, Rhodesia and Canada) after the Second World War, as part of the UK’s child migration policy.

“After that I’d go out to different parts of NSW – mainly on farms and stations – and look after people’s children. Then I went and studied nursing, and got my certificate,” she said.

When she was 18, Dr Barnardos helped her find her mother, and she sailed back to England to see her for the first time in 13 years.

“She came to meet me at the ship. I recognised her straight away and knew it was her. I’m the dead ringer of her – people say we’re mirror images,” she said.

She found out her mother had gone on to have five other children, some of whom she met. But her little sister Anne wasn’t there.

A year after putting her first-born into state care, their mother had sent her second child to Canada.

“My dad was in the English airforce, and Anne’s father was in the Canadian airforce,” Marie said.

“My mother was meant to be going to Canada to marry Anne’s father. But Anne’s father married someone else and had another child. So Anne’s grandfather took her to Canada. I don’t understand why my mother let her go over there with a stranger.”

Anne Whitney will turn 74 this June. As fate would have it, she also lives in a place called Windsor – in Ontario, Canada. “I thought that was quite ironic,” she said while visiting the Hawkesbury.

Anne was three when she was sent to Canada. She remembers arriving there on the boat, and going to live with a couple who – many years later – she found out were her paternal grandfather and grandmother.

“The story I was told growing up was that their son – my actual father – was a friend of my father’s, and that my father had been killed in the war so they took me in,” she said.

“My father was in and out of my life as ‘an uncle’. It wasn’t until I was 15 when my grandmother died that one of my dad’s sisters told me that her brother, Sam, was in fact my father.” 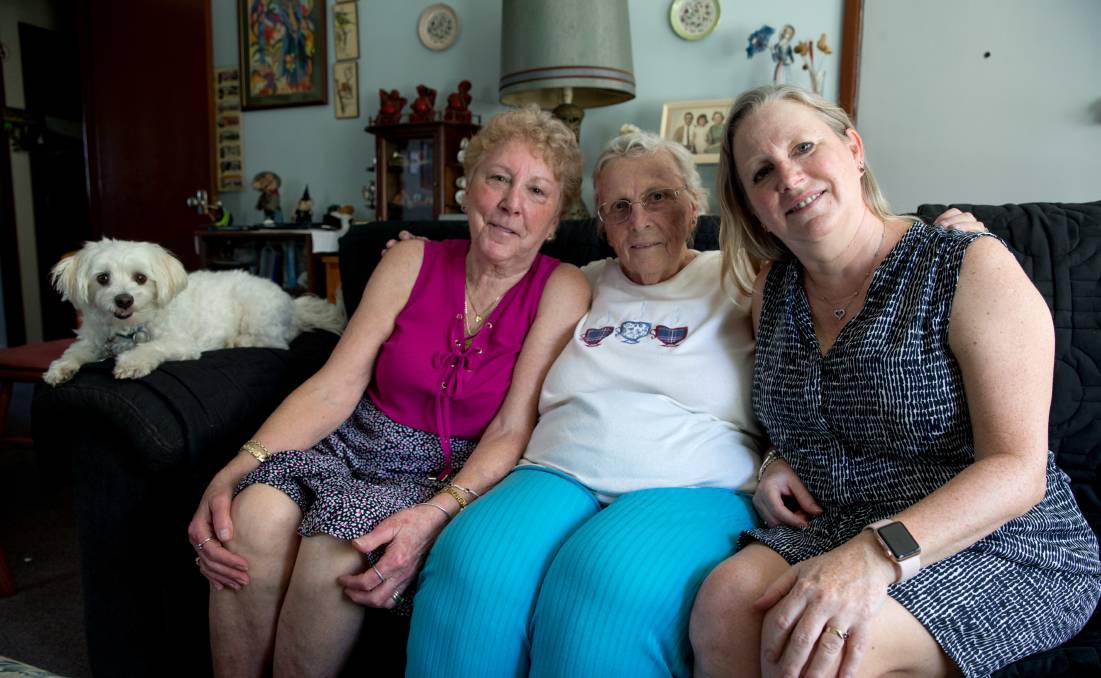 With no official papers, Anne enlisted the help of a contact who did family research, to help her find her mother. She knew she had been born in the Surrey, Somerset area of England, and they put an ad in the local newspaper. One of Anne’s half-brother’s friends saw the ad and showed it to Anne’s mother, who confirmed it was her child.

In 2009, Anne flew to England to see her 89-year-old mother, who verified Sam was her father. She met various of her half-brothers and sisters, but no-one ever mentioned her older sister Marie – and Anne, having been only two when she last saw Marie, couldn’t even remember her to ask.

She did recall an older child helping her with a scraped leg as a toddler – Marie has since confirmed this was her – but when Anne asked her mother who that child was, her mother said it had been the child of her employers.

“June and I were visiting England and just missing each other, meeting the family, and they didn’t tell us about each other,” she said.

The pair were finally reunited through the Child Migrants Trust, launched by Margaret Humphries – a Nottingham social worker who published the book Empty Cradles in 1994 about the thousands of children who were deported from Britain.

Marie had enlisted the help of various organisations over the years to help her find Anne, including Barnado’s and the Salvation Army, but hadn’t had any luck.

The Child Migrants Trust contacted Marie 22 years ago, but it took until 2016 to finally locate Anne.

As soon as I saw Anne coming through customs I went over and we grabbed one another and hugged and kissed. I thought I was going to start crying and Anne was a bit teary.

When they contacted Anne by phone, it was the first she had heard of her sister. Due to rifts in the family, she was hesitant about making contact with Marie, but they began connecting via video call and it wasn’t long before Anne and her daughter Pamela set about making a plan to come to Australia.

In person, they connected immediately. Pamela said they were “like two peas in a pod”.

“As soon as I saw Anne coming through customs I went over and we grabbed one another and hugged and kissed. I thought I was going to start crying and Anne was a bit teary,” said Marie.

“It’s just heaven – I still can’t believe it. I’ve been looking for her for so long and I didn’t think I’d ever find her.”

Anne said meeting Marie was like ‘closure’: “I grew up with literally noone, just these people that were meant to be related, but they didn’t really treat me like I was part of the family,” she said. 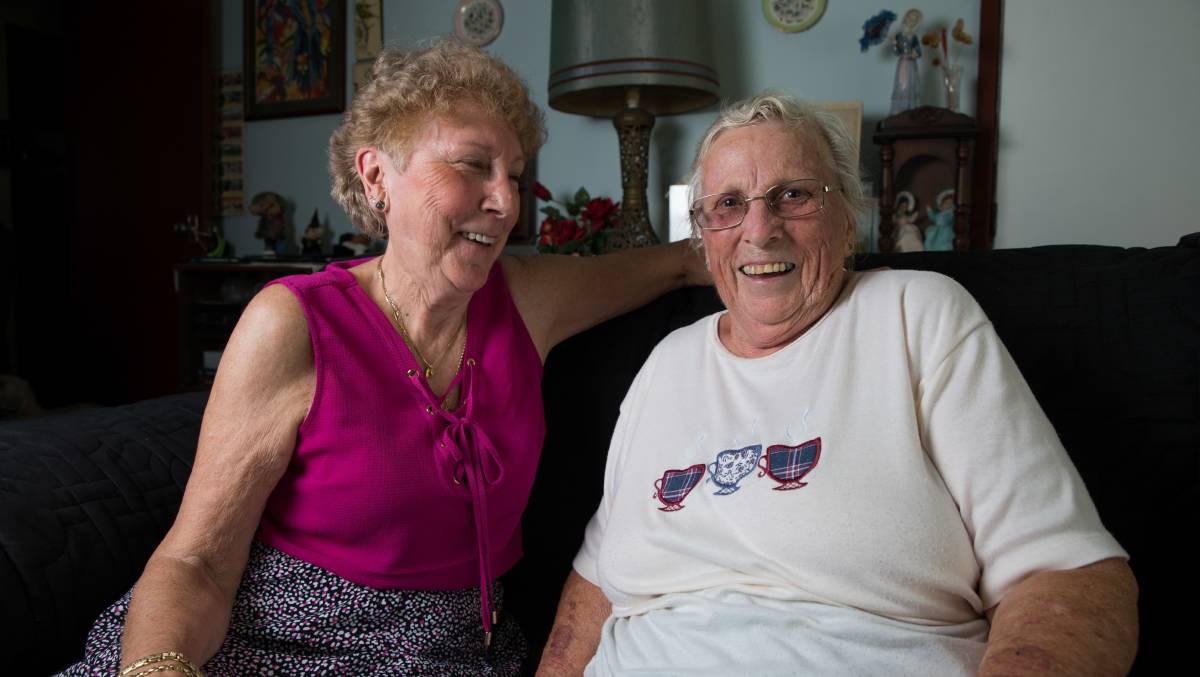 “If it wasn’t for June and the work she’s done and the time she’s spent looking for me, I would never have known about her.

“Everyone here calls her Marie, but I still call her June, because that’s her name.”

Marie has written her life’s story in numerous exercise books and is hoping to have it published one day.