Once upon a time in TV land, a genre was a genre.

Hospital soaps (The Young Doctors), family serials (The Sullivans), police shows (Cop Shop), quizzes (Sale of the Century), variety (In Melbourne Tonight), period pieces (Upstairs, Downstairs), sci-fis (Buck Rogers in the 25th Century), sit-coms (Robin's Nest) ... ours was a basic, satisfying-enough diet served up by cathode-ray tubes in timber-veneer boxes raised to life in the corner of the lounge room each night like a dozy old labrador that suddenly needs to do a wee.

For the better part of half a century, we watched our shows while eating our meat and three veg on purpose-built aluminium stands - until an ingenious device called the "Stable Table" came on the scene circa 1985 to revolutionise lap-borne victual capabilities - and went to bed. 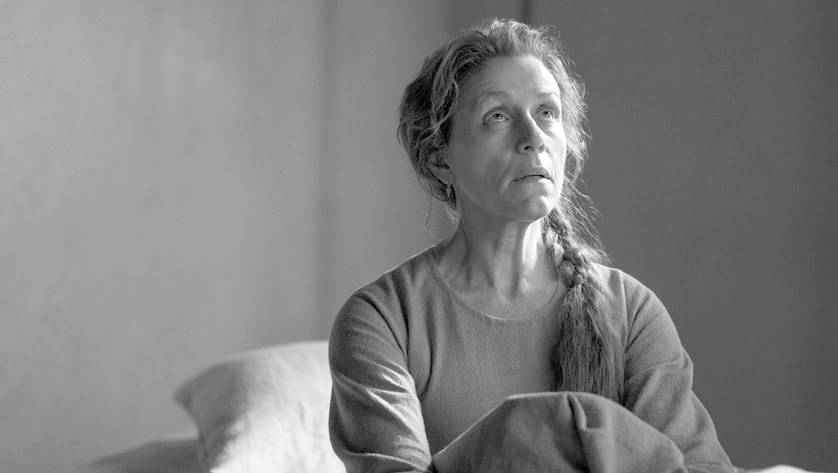 Then, in the '90s, things began to change. As if visited upon by the ghost of Peter Finch's messianic anchorman Howard Beale from Network, television creatives began to take risks. They began to shed their three-act shackles, they began to fiddle with tropes, upend expectations; they began to blend genres.

Now, 30 years later, just as the devices via which we absorb entertainment are no longer rigid boxes of conformity, genres themselves have become open-ended and open for interpretation. Genres are now starting blocks, not finish lines, they are prismatic conduits through which ideas, narratives and characters refract and evolve.

For better or worse, the advent of streaming has hastened this evolution and as we trawl through the daunting quagmire of content which has somehow coalesced in the cloud like so much suspended Damoclean excrement, not only are we no longer surprised when a genre doesn't come with added extras, we fully expect it. If a zombie is not stalking a Jane Austen heroine or an ornery gunslinger not shooting a laser, something is very wrong.

Two new streaming additions available from this month should also inform this conversation, albeit from either end of the spectrum.

While new film The Tragedy of Macbeth (Apple TV+) can be viewed as a backlash to the unholiness of genre-splicing, Australian series Wolf Like Me (Stan) can be seen as the practice's utmost extension.

And no prizes for guessing which one gets the chocolates.

Perhaps most surprising about director Joel Coen's austere interpretation of William Shakespeare's "Scottish play" is it's the Bard's very own example of sampling genres.

The story of a brave general who succumbs to murderous ambition, Macbeth comes with liberal doses of the occult as much as it traverses realms of the paranoid, the political and the patrician.

Yet, despite so much tangential potential with Macbeth, Coen - going solo without brother and long-time collaborator Ethan - is playing a straight bat, almost puritanically so, as he adheres to the template set more than 90 years ago by Danish master Carl Dreyer with The Passion of Joan of Arc.

Again, this is surprising given the Coens can be counted as wily wranglers of almost any genre; Westerns, dramas, comedies, crime, musicals ... you name it, they've done it, usually to critical acclaim coupled with box office success.

On top of this, Shakespeare's canon has always been ripe for a little genre-massaging.

We've been dazzled by Romeo and Juliet on Baz Luhrmann's Verona Beach as much as we have on the streets of New York by Wise, Robbins, Bernstein, Sondheim and Laurents (and now, Spielberg).

And let's not forget the one with the garden gnomes.

Indeed, a truly great version of Macbeth is Akira Kurosawa's 1957 film Throne of Blood, in which the story is interrogated under the Samurai blade of feudal Japan, rather than 11th-century Scotland, yet in this latest adaptation, Coen has opted against any sleight of interpretation and delivers nothing but story and performance.

Shot in claustrophobic Academy ratio, The Tragedy of Macbeth stars Denzel Washington as the titular king and Frances McDormand as the scheming Lady Macbeth. Their performances are as unflinching as the 3D-designed, monochromatic stage design. Inside high castle walls, we walk chiaroscuro corridors of power and are bludgeoned with close-ups and soliloquies, outside, there's no escape; an omnipresent fog stops us from every wandering away from the plot and the plotting.

Everything is whittled down, carved back to the fundamentals, even three witches become one, played by thespian/contortionist Kathryn Hunter.

The Tragedy of Macbeth is so devoid of embellishment and influence, it could almost be described as "genre-less", which weirdly enough, you could say about Wolf Like Me, over on Stan, because it embodies a creative approach diametrically opposite to that applied by Coen to his A24 production (that, and the fact Wolf Like Me is set in Adelaide).

So, is Wolf Like Me a rom-com? Is it family drama? Is it supernatural horror?

It is, in fact, all of these and, therefore, none of them. Mary (Isla Fisher) is keeping a secret in Wolf Like Me. Picture: Stan

Starring Australia's Isla Fisher (who's playing an American) and America's Josh Gad (also playing an American), Wolf Like Me is a six-part series created and written by Abe Forsythe and produced by various people responsible for, among other offerings, Nine Perfect Strangers, Big Little Lies and The Dry.

At its heart, Wolf Like Me follows a single dad struggling to raise his 11-year-old daughter when their lives are turned upside down after they literally collide with a vibrant yet mysterious woman who may or may not be the best thing that's ever happened to them. The spoiler as to the woman's secret is in the awkward title of the series.

Some viewers may be left aghast and confused as to why such a plot device would ever be inflicted on Adelaide's very lovely inner suburbs, while others will think, "Wow, why has no one ever thought of this before?".

The trouble is, they have, yet they continue to do so.

With so many genres stuffed into Wolf Like Me, the show becomes something of a wolf in sheep's clothing, just one where we can see the wolf a mile off, as if it's a risible Looney Tunes character rather than a cunning beast.

There's nothing wrong with bending and blending our genres, when it works, it's brilliant, but when the apparent point of a show is to be nothing else than a genre-bender, that's when we tend to wonder what the hell is going on here?

Or, as poor old Macbeth put it: "Full of scorpions is my mind."

This story Mild to wild genre bending in Coen's Macbeth and Wolf Like Me first appeared on The Canberra Times.